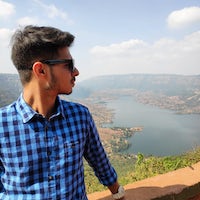 In this article, we will take a look at what currying is and how it helps us make our code clean and much simpler.

Currying a function means to convert a function of N arity into N different functions of arity 1.

In much simpler words, currying is the process of restructuring the function so that it takes only one argument and then returns another function that takes the next argument, and so on.

To give you a sense of how this could work, let's create a couple of functions -

Notice the difference between the two. The first function is a simple function that takes two parameters - a and b, and adds them. On the other hand, the second function addCurried takes only one argument i.e a, and returns another function which takes b as the argument. Both give us the same result.

Currying can be helpful when we can't provide all arguments to a function at one time.

Each function call can be saved into a variable, which will hold the returned function reference that takes the next argument when it's available. Let's take another example to understand this better -

Notice how currying helps us avoid passing the same variable again and again. In this case, the variable msg, which will print "Hello" when called using english. This is a great strategy to avoid frequently calling a function with the same argument.

Currying is part of functional programming and such curried functions can also be easily written using the arrow function syntax in ES6 for more cleaner and elegant code in the following way :

When we talk about currying, the concept of Partial Application Function is bound to come up. Currying and Partial application function are almost identical concepts with one significant difference.

Partial application function is a function that returns another function but each returned function can take multiple arguments. In currying, the returning function can only take one argument.

Let's take a simple example to demonstrate this difference-

The implementation of both these concepts totally depends upon the use-case and the availability of the arguments at that point in time. But they definitely help us write more cleaner and elegant code.

Currying is an incredibly useful concept when it comes to functional programming with Javascript. As seen, using currying we can have functions that are more definite in what they do, avoiding potential repetition in our code, which ultimately leads to simplification of our code.

If you liked what you read, connect with me on Twitter - @afraz_momin. I plan to write similar articles on JavaScript in the coming days! 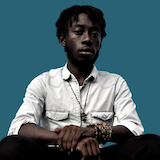 Beautifully concise 🙏🏿 JavaScript introduced me to currying as a make-shift & awkward design pattern (frustration wholly on beginners dread) and knowing Clojure & it's simplex optional parameters, I disregarded this concept.

Now, after a 4 minute read, I like currying enough to boisterously pop it into my projects -- a thousand thanks. 🕉